A Guide to Wedding Anniversaries 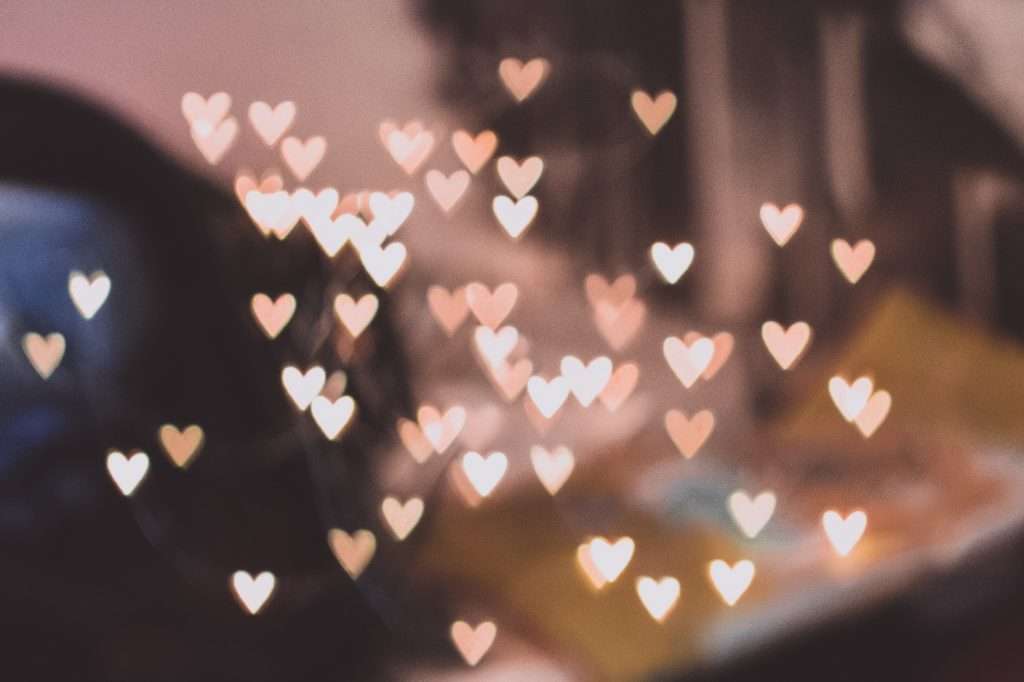 Wedding anniversaries are a special occasion for couples to celebrate their love and commitment to each other. It is a day to look back on the happy memories of your wedding day and to look forward to a future filled with love.

Use our guide if you’re looking for inspiration for a memorable gift or how to mark your wedding anniversary. We describe the traditional gifts for each anniversary year and some ideas for alternative gift options and ideas on making your anniversary celebration extra special. So, what are you waiting for… start planning the best anniversary yet!

Anniversaries In the UK

But since it’s your anniversary celebration, you can eventually celebrate using whatever customary presents or non-traditions you like!

Wedding anniversaries remind couples of the promises of love they made to each other “in sickness and in health, till death do us part.” So it is the dream of every young couple to celebrate their 1st, 2nd, 7th anniversaries and more.

Whether you’re celebrating your first year or your 50th year, it’s always important to show your spouse how much you love and appreciate them.

Finding the perfect gift can be challenging, but don’t worry – we’re here to help. We’ll give you ideas for anniversary gifts for every year of marriage. We’ll also provide tips on how to make your anniversary celebration extra special.

We will provide you with a comprehensive list of wedding anniversary years. The customary anniversary presents for each year are given, along with some ideas for more recent gifts that fit the theme of the year.

Paper is a symbol for the first anniversary of marriage. A new union is similar to an empty piece of paper that is still fragile. Additionally, it is beneficial as it offers inexpensive gift suggestions because a newlywed couple may still be balancing their money after their first year.

Obtain a special paper gift to commemorate the first anniversary of your wedding, such as a set of stationery, tickets to go and see your spouse’s preferred band, or even a poster.

Like many threads woven together to make cotton, your marriage becomes more interwoven the more you stay married. Since the fabric is both flexible and strong, it symbolises flexibility and a stronger bond. It shows how marriage pulls couples together.

There are many lovely cotton anniversary present suggestions, such as custom pillowcases or matching robes.

Every marriage should possess three qualities: robustness, resilience, and durability. These qualities are also found in leather, which makes it a great gift idea. It has historically been a material used to secure objects, much as how couples defend one another. Giving your spouse a leather gift on your third wedding anniversary is the ideal approach to symbolise how your bond grows stronger as your union evolves.

So, a vintage purse, handbag, or wallet is ideal if you are searching for a classic leather anniversary present.

Your marriage is sprouting and maturing in the fourth year; thus, flowers and fruits embody that sentiment best.

The 4th year of your wedding anniversary ought to be among the most romantic ones. Roses usually indicate that your love for your spouse has grown, so elevate your gift-giving by dedicating a rose to your love. After selecting the name and registering it, you will receive a packet of seedlings to grow roses.

However, if flowers are not a thing for your spouse, appliances are a popular substitute for gifts for the fourth wedding anniversary.

The 5th marriage anniversary is usually represented by wood or something tree-like. Trees stand for wisdom, time, and resilience, all qualities a strong marriage possesses. Trees possess roots, too, and your marriage has a strong foundation after five years.

Therefore, classic gift suggestions include clocks and sculptures made of wood. But you can choose something more modern such as a photo frame made of wood or a bottle of wine inside a gorgeously packaged wooden box.

Tin was originally used to retain and preserve items, resulting in its use to commemorate the tenth wedding anniversary. Tin coating another metal avoids corrosion and can preserve whatever is kept in it. Therefore, give a present with a tin theme to celebrate a year of a solid and enduring marriage.

Gift suggestions made of metal might range from more ornamental items like customised goblets, vases, or candlesticks to more functional items like kitchenware or household goods.

Additionally, crystal bends light into gorgeous spectrums representing all your marriage’s lovely elements. As a symbol of your combined sacrifices over the last 15 years, this anniversary requires an expensive traditional gift. Moreover, watches are a stylish gift that represents your time spent with each other.

Two decades of your marriage necessitate a grand celebration, and the twentieth-anniversary traditions are befitting of this momentous occasion. China is the traditional gift, signifying the grandeur and delicateness of your love.

This also gives you the ideal justification to replace your kitchen wares from decades ago. Alternatively, a trip to the Great Wall of China would be adventurous and perfect for celebrating this love.

Every couple’s dream is to celebrate their 25-year wedding/marriage anniversary together in a very special way. It is half of the golden year. Silver highlights the radiance and glitter of your relationship while also standing for both conventional and contemporary gifts.

Silver is unquestionably necessary after you’ve been with your spouse for 25 years. The custom started in the Medieval Era when husbands would give a silver hair wreath to their wives to mark the occasion. Therefore, you can buy your partner the Iris flower (which is silver) or silver jewellery or accessories.

There are numerous wedding customs, and each has a recognised colour or colour scheme for each anniversary. Formal wedding anniversary colours might inspire a stylish celebration of your important event each year. Think of using these colours for significant anniversary celebrations:

We only listed a few among other famous anniversary years. Below is the ultimate guide to your anniversary colours.

The Ultimate Guide to Your Anniversary Colours

The time of year you are married determines how you can use the traditional colours handed to you. An outdoor summer wedding will look amazing with a combination of red, vibrant yellow, and pink. This can be where you start your anniversary celebration, whether you are throwing a party, going out, or giving each other a gift incorporating the anniversary colour.

For instance, blue is the colour for every fifth anniversary. You can have a cosy time outside under a vibrant blue sky or watch a movie with “blue” in the title. Whatever you choose to do, use colour creativity to make your anniversary entertaining, stylish, and traditional with a twist.

Ideas for a Special Wedding Anniversary at Home

There are many ideas for a Special Wedding Anniversary at Home that will make the evening special. So, consider getting a restaurateur to prepare dinner, host a game night, or organise a picnic outside. Here, your only constraint is your imagination.

Consider having a professional restaurateur make dinner for you in your house as one of your anniversary ideas. You choose the time and date, decide on the cuisine, and relax.

This will be the best anniversary you will experience. Moreover, you may surprise your spouse or plan it together. Furthermore, the chef may handle the cleaning as a way to say thank you and happy anniversary.

Organising and preparing dinner is a wonderful way to celebrate a wedding anniversary at home if you both enjoy cooking together. However, you can spice things up by enrolling in an online cooking course with your spouse. Choose from various cuisines you both like, or teach one another how to make sandwiches. This is really a wonderful at-home anniversary idea for couples that love food.

To toast one another is a nice anniversary idea. An online wine-tasting class is a great way for both of you to learn more about various wines. You’ll receive a list from the instructor of things to buy ahead of time; then, you can get started and have fun.

Rooftop picnic outings have been in a lot of movies and TV shows. This is an enjoyable anniversary concept at home. An innovative anniversary celebration suggestion is to share some delectable sweets while gazing at the sky, regardless of whether you reside in a block of flats or scale the rooftop of your house.

●     Look Through Your Wedding Pictures

Wedding anniversaries are always special. You can take your wedding photos and videos and watch them with your spouse with a glass of red wine.

Moreover, you will smile at each other while looking back on your special day. It is also a nice way to see how far you’ve come. Over the years, you’ve probably changed physically or added to your family. Therefore, it’s nice to take that trip down memory lane and see things with a better perspective.

Renewing your vows is a romantic idea to celebrate your anniversary at home. It would be fantastic if you could host some friends. If not, arrange a virtual gathering. Even if those you invited are not present in person, cherish this special day with your friends and family.

If you want to celebrate your anniversary this year at home, you can make a spa at home. A spa experience is a gentle way to enjoy your anniversary. If you’re feeling adventurous, consider facials or pedicures in exchange for massages. An excellent anniversary celebration concept is to pamper one another.

You can plan a pleasant and intimate evening for your anniversary at home with a little creativity and effort. After all, celebrating your affection for one another doesn’t require anything particularly elaborate.

Why not plan a surprise date for your spouse as your anniversary approaches. Show them that you care and how much you appreciate them. Have fun together, and let nothing stop your happiness.